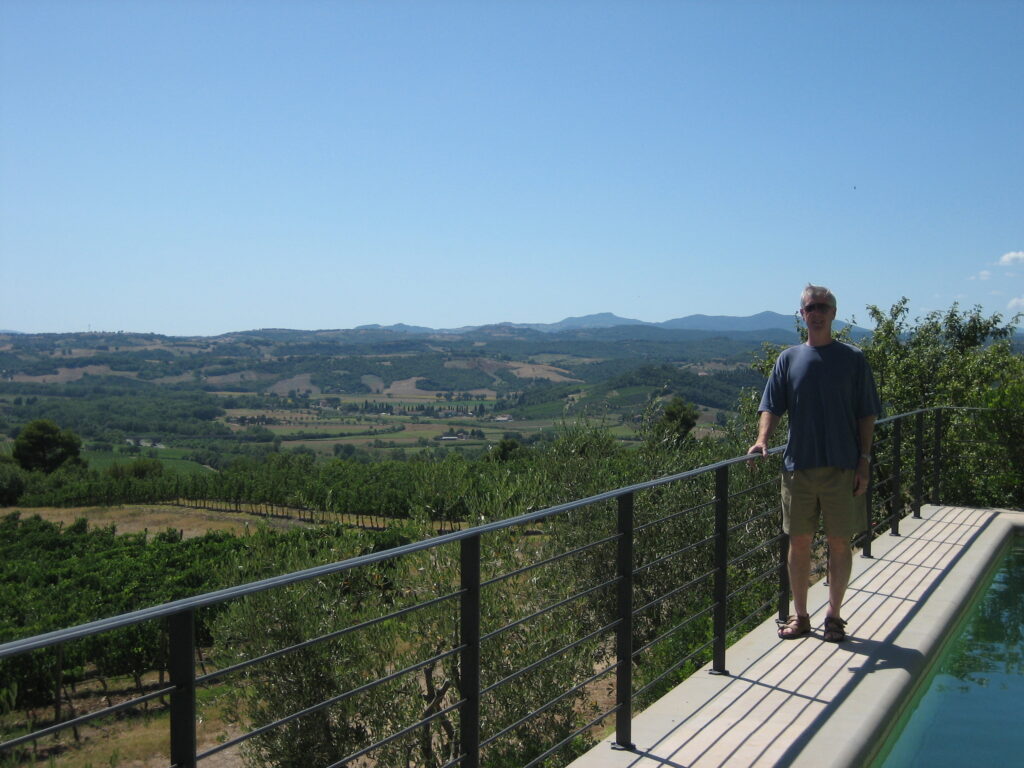 Sometimes it pays to challenge the rules.

Super Tuscan is not an official category.   You won't see the term on a bottle, and there are no detailed rules that must be followed.  Typically, the wines are a blend of Sangiovese and "international" varieties such as Cabernet Sauvignon, Merlot and Cabernet Franc, although sometimes they are 100 percent Cabernet or Sangiovese.

Our wine of the week is a 2011 Castello Banfi SummuS Toscana IGT (about $60 retail).  This Super Tuscan is 40 percent Sangiovese, 35 percent Cabernet Sauvignon and 25 percent Syrah.   It's aged for two years in small French oak barrels.  SummuS is produced in Montalcino, home of the Brunello.   (The picture above is Jim at Castelo Banfi, looking over the vineyards and the Montalcino hills.)

There are quite a few Super Tuscans available.  Here are a few worth considering at various price points:

Looking for a bargain Tuscan blend?  Banfi Centine Rosso di Toscana IGT ($10 retail) is 60 percent Sangiovese, 20 percent Cabernet Sauvignon and 20 percent Merlot.  This is a well-regarded, very nice wine that goes well with roasts, pasta and cheese.  It's one of our favorite on restaurant wine lists because, even with the markup, it's an affordable match for a casual pasta dish.  While I'm not a big fan of numerical scores, Wine Spectator rated the 2015 Centine at 90 points.