The Loire Valley begins  in the Massif Central in central France, not far from the westernmost portion of Burgundy, and flows 620 miles to the Atlantic Coast at Nantes.   France's longest river, it flows north for the first 300 miles until it reaches Sancerre and Puilly Fumé, and then it turns to the east.  Along these final 300 miles are found the finest Loire Valley Vineyards.  There, vineyards carpet both sides of the river, and as the river progresses towards the sea the vineyards have markedly different climates, soils and grapes.

In one sense, the Loire Valley consists of diverse several regions with not much in common besides their proximity to the river.   Yet, all share these traits: the wines are refreshing, never massive and typically inexpensive to moderately priced.  Additionally, the Loire is known for good quality crisp white wines and light-bodied red wines.   Most of these wines are made from a single varietal - blends are uncommon.  Roughly 75 percent of the wines are from Appellations d’Origine Contrôlée (AOC), the highest level of the French quality pyramid -- the Loire has more than 70 AOCs.

The Central Loire Area, known as “Le Jardin de France” (the garden of France), has been designated as a UNESCO World Heritage site.  It’s hundreds of castles and châteaux recall an earlier, aristocratic era.  The photograph above is Château de Chenonceau, located near Tours. 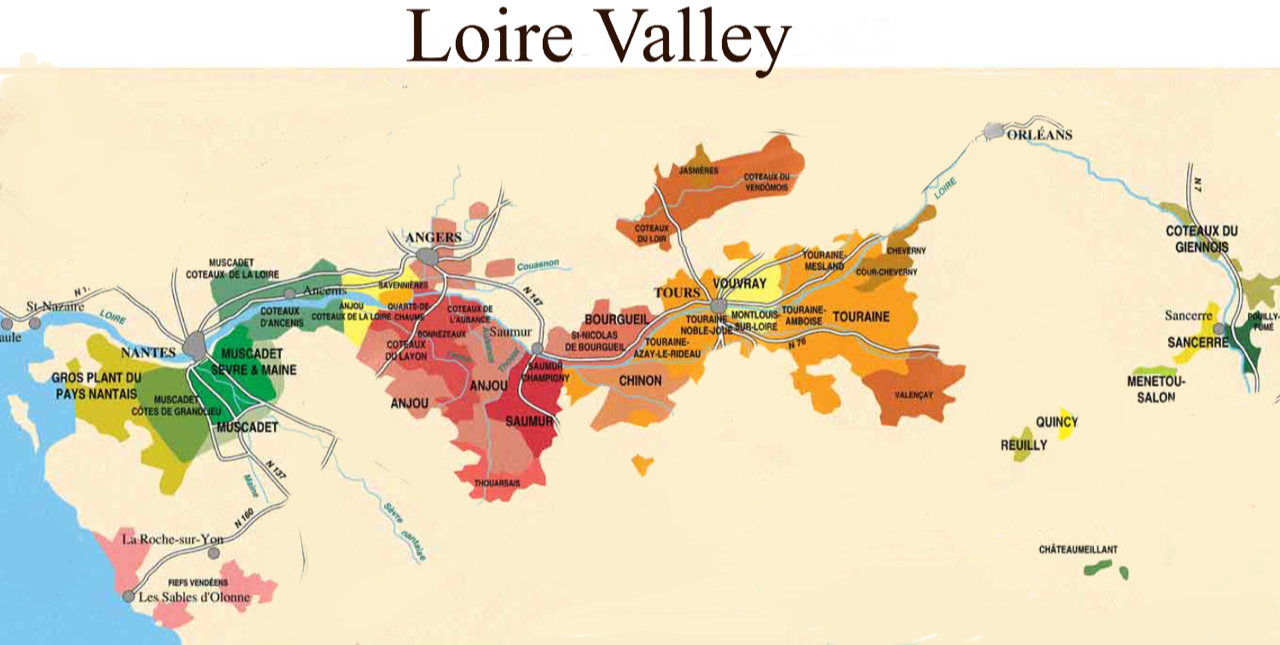