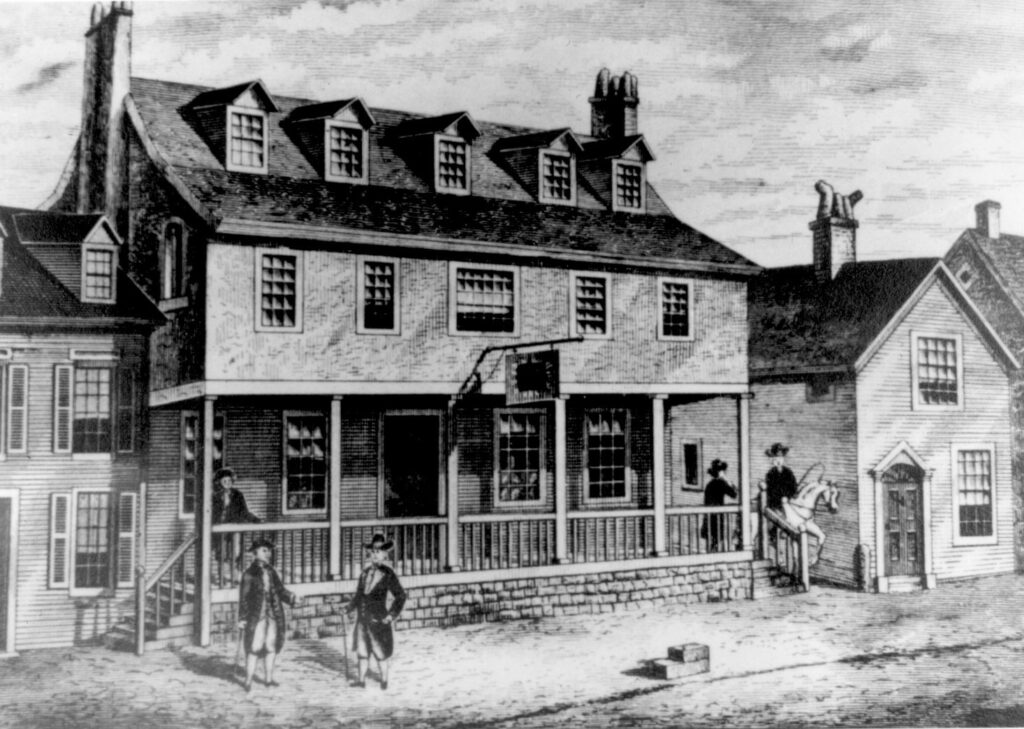 This is a special week for Veterans, with the Marine Corps Birthday falling on Tuesday, November 10, and Veterans Day the following day. So, if you haven’t already raised a glass to toast our veterans, now is a good time to do so!

The problem with writing about the Marine Corps birthday in a wine blog is that, well…the Corps was born in a brewhouse. Yep, on November 10, 1775, the Continental Congress authorized the formation of two Marine battalions, and on that very same day the first Commandant – Captain Samuel Nicholas – began recruiting in Tun Tavern in Philadelphia (pictured above). Sadly, the original Tun Tavern burned in 1781, but there’s a replica in the National Museum of the Marine Corps.

There’s a historical connection between Champagne and Veterans day. Although Champagne typically calls to mind joyful celebrations, ironically the Champagne region has been the scene of some of the bloodiest battles in history.  Attila the Hun and his army of 700,000 men were defeated there in a battle that took 200,000 lives in one day.  Champagne hosted many of the battles of the Hundred Years' War, the Thirty Years War, the Napoleonic Wars . . . you get the idea.  It's a great place to grow grapes and make wine, but a really bad place to be when European monarchs and tyrants are in a snit.

World War I was Champagne's darkest hour.   During the war, the front-line trenches zig-zagged through the vineyards, and German artillery and aerial bombardment was unrelenting.  Champagne lost about one-half of its population and 40 percent of its vineyards.  The capitol city, Reims, was flattened, and for much of the war its inhabitants lived underground in cavernous champagne storage cellars called crayères.

Ironically, the 1914 vintage -- known as the "blood vintage" -- was considered the best of the 20th century.  Although the men were away at war, it was critical that the harvest be brought in.  So old men, women and children picked the grapes, despite persistent Germany artillery fire.  The harvest was successful, but the vineyards ran red with the blood of countless women and children.

Our wine of the week is a Delamotte Brut de Mesnil NV ($47 retail). Delamotte is one of the five oldest Champagne houses, and they make a very nice wine. It’s a blend of 55 percent Chardonnay, 35 percent Pinot Noir and 10 percent Pinot Meunier. You find brioche aromas and a on the palate it’s creamy with notes of lemon, toasted nuts and a pleasant minerality.