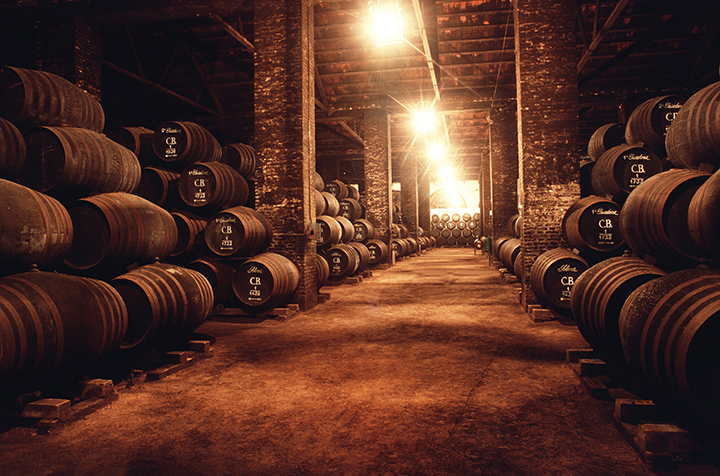 Sometimes, at the end of a good meal, I’m in the mood for a dessert wine that I can sip slowly while contemplating the waning day. Not one of those cloyingly sweet wines that most of us have come to detest, but something interesting, intense and … well … special. Several wines fit this description if you’re willing to pay a premium, but if you’re looking for a bargain a great place to look is Spain’s Montilla-Moriles region.

Montilla’s sweet wines are distinctive. They’re made from the white Pedro Ximénez grape using an unusual winemaking process. First, the grapes are hand harvested and left outside to dry on straw mats for four to ten days, until they’ve shriveled into raisins. That concentrates the sugars and flavors in the grapes. Next, the raisins are vinified in barrels or clay amphoras – the sort of vessels that have been used to make wine since the Roman era. Finally, the wine is aged in something called a soleras y criaderas system, the same method that’s used to make Sherry in nearby Jerez.

Our wine of the week is the highly regarded Alvear Pedro Ximenez Solera 1927 (about $28 for a 375 ml bottle). It’s made by the family-owned Bodegas Alvear, considered to be the best of the Montilla producers. Founded in 1729, Spain’s second oldest winery is now being run by the family’s eighth generation. The wine is made from 100 percent Pedro Ximénez grapes and aged five years in a soleras y criaderas system started in 1927. The bottom line is that it lived up to its reputation, and we've added it to our Wine Concepts favorite list.

A final note: due to our Labor Day vacation, our next blog will appear on September 16.