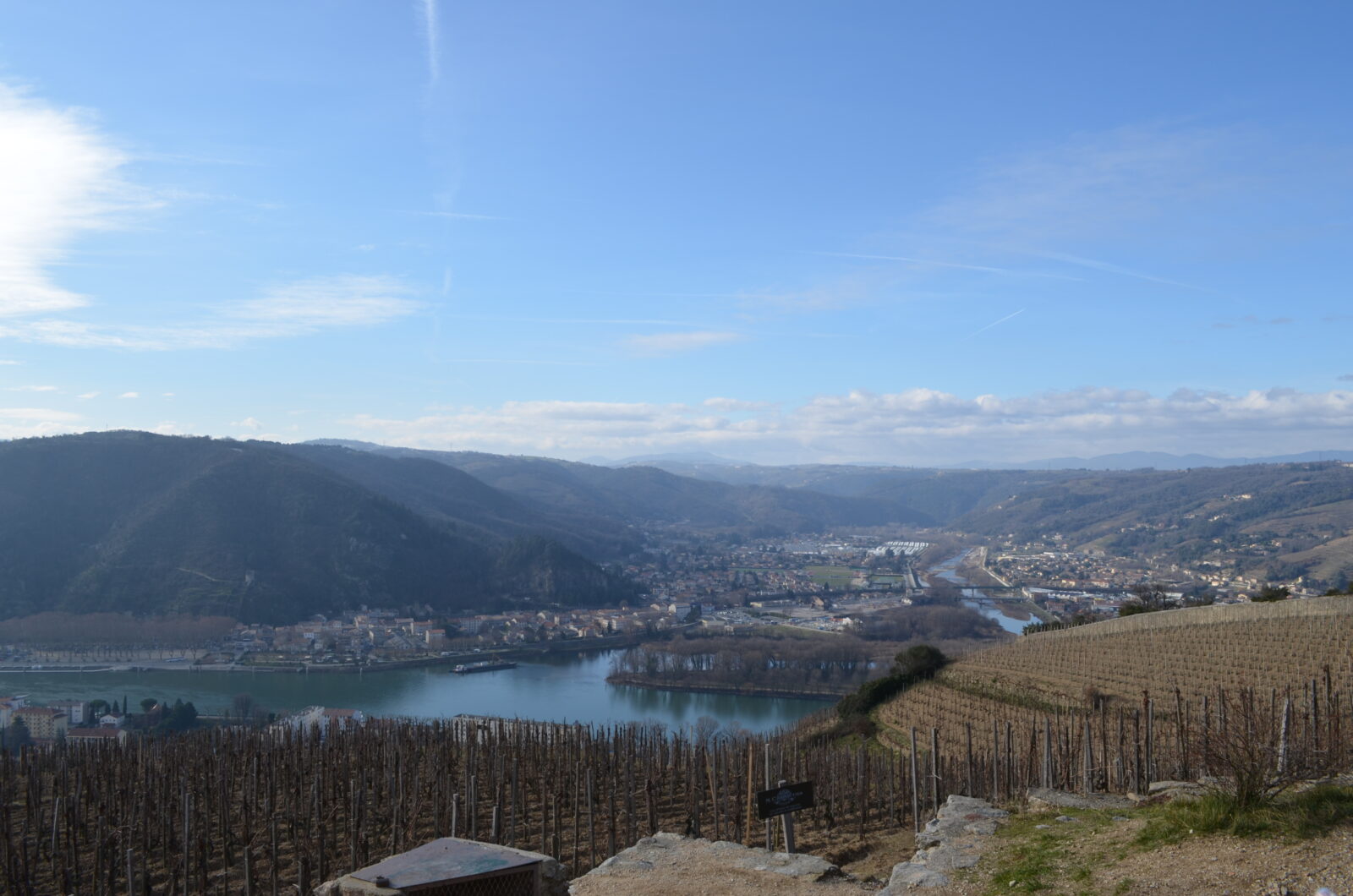 I was recently asked to name my favorite wine region, and I didn’t have a ready answer. I’ve visited so many incredible wine regions, so how to choose? On any given day, my own tastes might cause me to pick a different wine as my favorite, but after some thought, my favorite region is the Rhône valley (with apologies to the close second place contenders of Burgundy and Rioja). It came down to this: there’s nothing quite like the scenery and history and food and wine of the Rhône.

The northern Rhône is a wonderful place to wander through vineyards and sample incomparable food and wine. Start off in Lyon, known as the gastronomic capital of France, and then move south to Côte-Rôtie, where the wine region begins. There, the river ambles though narrow gorges, lined with steep, vineyard-carpeted terraces that were built in Roman times. (The picture above was taken from Hermitage looking north.)

The northern Rhône accounts for only five percent of Rhône wine production but focuses on fine wines. While there are some nice white wines, this is hearty red wine country. There are eight “cru” appellations in the northern Rhône, each with its own personality.

Our wine of the week is a 2015 Paul Jaboulet Aîné Cornas Les Grandes Terrasses (about $50 retail). (The picture below is Jim and Marisa sampling wines in the Jaboulet tasting room in Tain Hermitage). The grapes are grown on 45+ year-old vines on ancient Roman terraces, and the wine is aged in French oak barrels. First, the surprise. This wine was completely different -- and much better -- after decanting for two hours. We tried it straight from the bottle, and while it had enticing aromas of blackberry and spice, the rugged tannins threw the wine out of balance and made us long for something else. Two hours later, the aromas were subdued, but wow- the tannins had softened, the wine had integrated, and we had something really nice. The palate showed notes of black fruit, spice, and garrigue (herbs native to the Rhône), along with a pleasant high acidity. The wine was moderately complex, and had a long and intriguing finish. 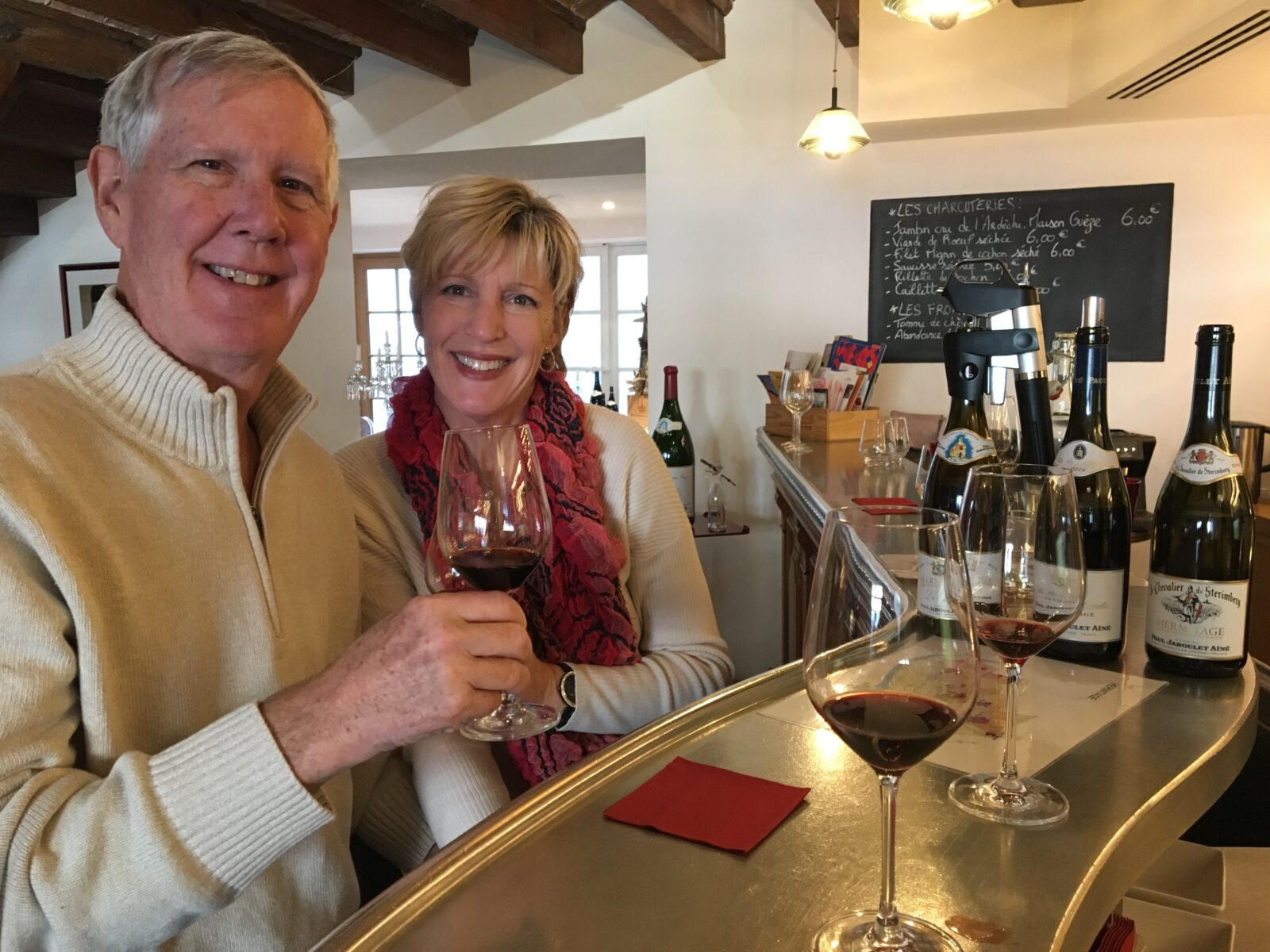 1 thought on “A Northern Rhône Cru With A Big Surprise”