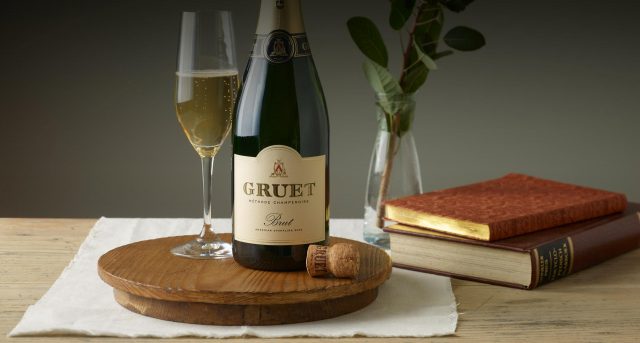 These are unusual times and they call for an unusual wine.  So, for our wine of the week we picked a traditional method (Méthode Champenoise) sparkler made by a French family in New Mexico (the "Land of Enchantment").  Nope, that wasn’t a misprint, and you don’t need new reading glasses.  And, while made in New Mexico, the Gruet Brut can hold its own with more expensive French sparkling wines.  More on that below.

First, a little bit about New Mexico wines.  The state began making wine almost 400 years ago, before California.  It began with some ambitious monks who needed wine for religious ceremonies and therefore imported (which is a polite way of saying smuggled) vines from Spain.  By the 1880s, New Mexico had about 3,000 acres of vineyards.  But, Prohibition and periodic floods pretty much decimated the state’s wine industry.  It wasn’t until the 1970s that the industry was revived by a small group of European winemakers attracted by low land prices and favorable growing conditions.

Our wine of the week is a Gruet Brut NV ($12 retail).  This wine is made from traditional Champagne grape varieties (75 percent Chardonnay and 25 percent Pinot Noir) and has 12 percent alcohol.  It’s aged on its lees for 24 months, and has aromas of green apple, citrus and brioche.  It's a nicely balanced wine, and on the palate it has bright acidity, fine bubbles, citrus and brioche notes, and a touch of minerality.  This is a good value wine, and it's widely available.

1 thought on “An Enchanting Sparkler”