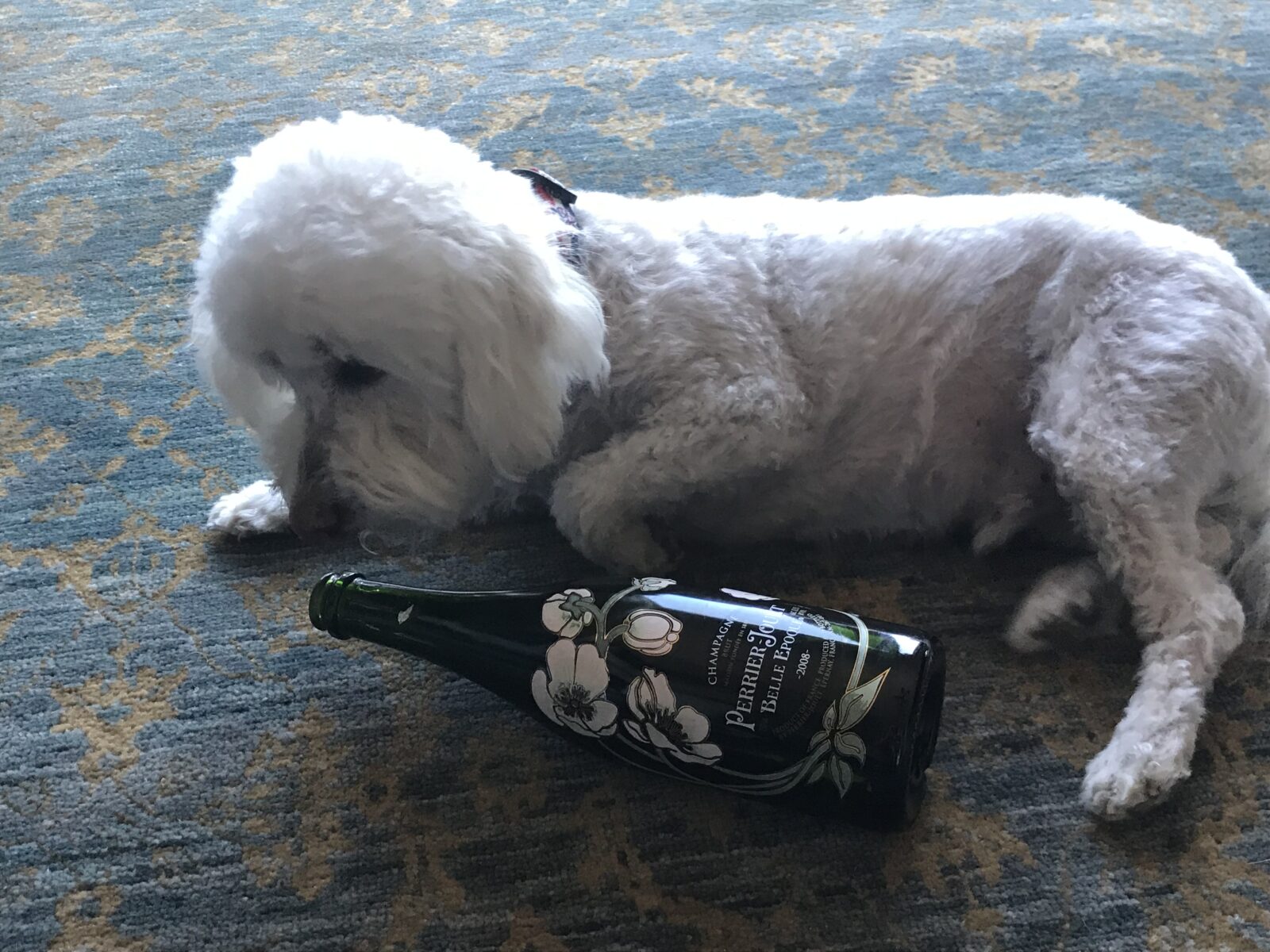 Ever try a glass of wine and think that something’s just not right? Maybe the aroma or the taste isn’t quite what you were expecting? Or, worse yet, it smells like your dog after it gets into something really nasty? (Our dog, pictured above, denies that he would ever engage is such behavior. Don’t be fooled by the innocent look). Well, as with most things in life, wine can have faults that render it anywhere from uninteresting to unpalatable.

The most common wine fault is oxidation. Just like it sounds, it means that the wine has been exposed to excessive oxygen somewhere along the way. While there are times during the wine-making process where some oxygen is necessary, generally oxygen speeds wine along the path to becoming vinegar.

Another common fault, Brettanomyces or “brett”, illustrates that faults aren’t always faults. Brett is a microbial problem caused by a “rogue” yeast that occurs primarily in red wines. At higher levels, brett imparts medicinal and “barnyard” smells – yep, that means just what you think it does – and causes wine to lose its fruity character. You may not be able to identify the problem, but you won’t want to drink the wine. The funny thing about brett is that at low levels some people find it distasteful while others think that it adds spicy and smoky notes that can make make some wines more complex and interesting.

Bottom line, wines can be faulted and if something really tastes wrong to you, no matter how prestigious the label, trust your judgement and reject the wine.

1 thought on “It’s Not Your Fault”