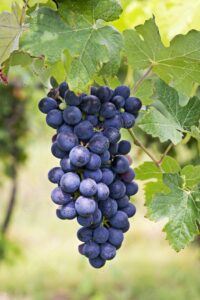 Some wines take a while to come into their own. For example, Barbera, Piedmont’s most widely planted red grape, has long been overshadowed by the local Nebbiolo-based Barolo and Barbaresco wines. Which is good for consumers, because in a world of increasingly expensive Old World reds, there are many quality Barberas to be had in the $20 – $30 range. High-end Barberas are more costly but still relative bargains.

In the 1980s, Piedmont winemakers began to focus on producing high-quality Barbera and discovered that it could make a really good wine. In part this was due to the adoption of modern wine making techniques. But it turned out that the key to really good Barbera was using grapes from prime vineyards and aging the wine in small French oak barrels. The man who figured this out was Giocomo Bologna, and his innovative wine – Bricco dell’Uccellone – sparked a wave of experimentation by other winemakers and world-wide recognition for Barbera.

When you're looking for a Barbera, there are two key Piedmont zones to know:

Our wine of the week is a 2018 Vietti Barbera D’Alba DOCG Tre Vigne ($19 retail).  This is a dry, medium-bodied wine with refreshing acidity and velvety tannins. On the nose and the palate it has notes of red fruit and spice. It’s a straightforward wine with a moderate finish. Overall, we really liked this wine, and thought it well worth the money.  This is a great entry point for trying out Barbera.