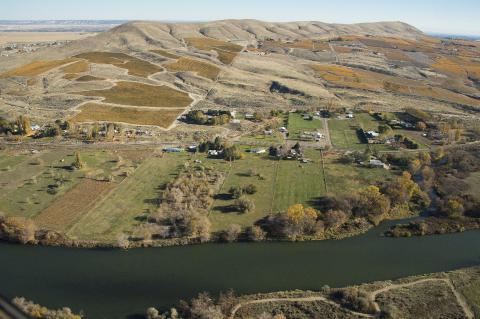 What happens when Washington’s largest winemaker partners with a historic Italian wine making family?  You get a really nice Cabernet Sauvignon called Col Solare (“Shining Hill” in Italian), made in Washington’s Red Mountain appellation.  More on that, as well as a basic Washington Cab, below.

The thing is, people often don’t know what to make of Washington wines.  Washington is the country’s number two wine producing state, behind California, with more than 700 wineries.  That’s pretty impressive since the state’s premium wine industry began only in the late 1960s.   The problem is that Washington doesn’t really have a “brand” -- unlike California, which brings to mind Napa Cabernet, or Oregon, where people think Pinot Noir.

Our wine of the week is the 2015 Col Solare ($70 retail).  It’s 100 percent Cabernet Sauvignon from the Red Mountain AVA (which, oddly, is neither red nor an actual mountain - as shown in the photo above).  It’s aged 21 months in new French Oak.  This is a deep purple, full-bodied wine that shows raspberry, spice and chocolate on the nose.  On the palate, it has notes of spice, cedar, black fruits and cocoa, with firm but pleasant tannins.  The wine is well-balanced, and has a nice, mildly complex finish. 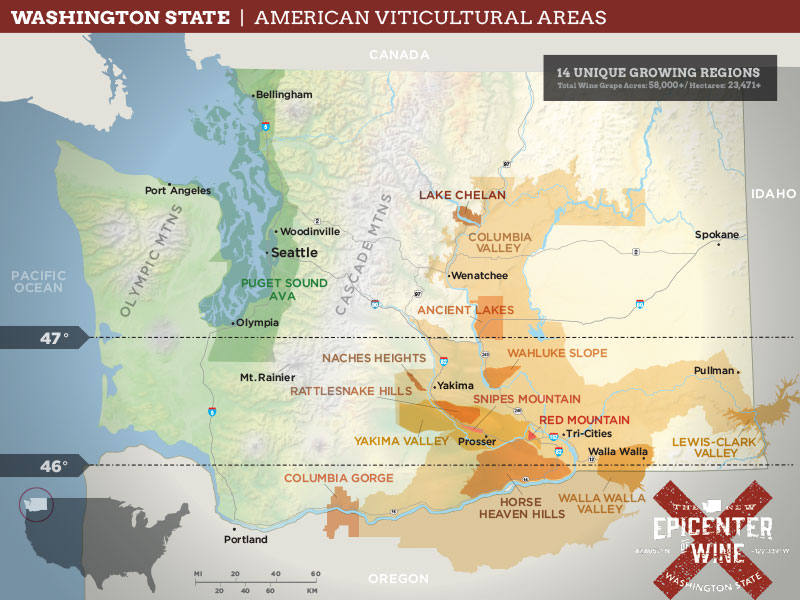